The work with filming boxes using more than one camera led me to consider how I could use a series of cameras to film a model or found object from a number of viewpoints, and with a range of zoom lenses to obtain deferentially scaled images. I was interested to see if I could incorporate something of the fragmented imagery as present in architectural drawing practices, rather than presenting an apparently “complete” perspectival image of the whole space. I set about making simple model assemblages using found objects to film with multiple cameras.

Working from my home garden studio/office I constructed a simple model room from found objects. Simple floor to ceiling windows were cut out of one wall, to receive sunlight and daylight, and the back wall wall was constructed to hold a variety of action cameras, each fitted with different zoom lenses. 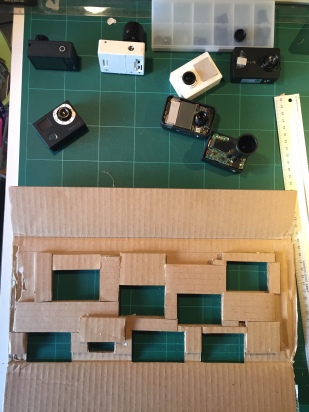 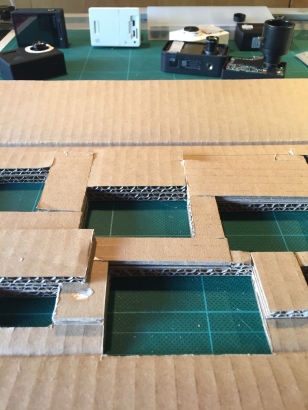 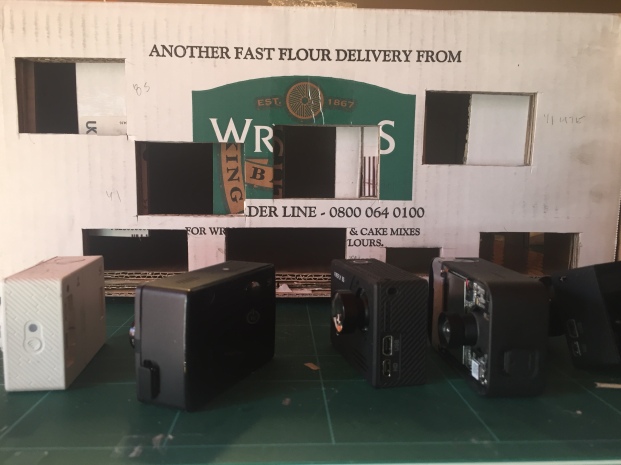 Located at one end of my desk in the studio (which only receives direct sunlight in the morning) the model was prone to nudging while filming was taking place, which sometimes shifted the cameras. Not all of the cameras recorded footage that was usable, and in some instances produced very subtle, but largely unrecognisable footage.