I have abandoned the frosted acrylic sheet and made a rice paper screen to receive the objects’ shadows. I already had the 700mm wide roll of rice paper, originally for doing large cyanotypes. However, for some reason, this brand of paper was very fragile when wet, so it needed another purpose. It is difficult to make the paper taught on the frame to which it is glued. 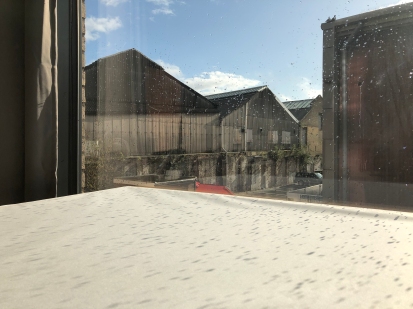 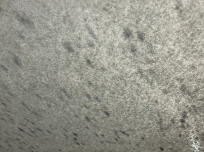 The rice paper received much sharper shadows than either the opal or frosted perspex sheets, and  enjoy the slight texture that the surface has. The shadows effectively become a form of drawn lines on a paper surface.

At times the reflection of the camera is slightly visible (as it frequently was in previous versions) – I have been able to minimise this by placing sheets of cardboard against the window to shield the camera assembly from direct sunlight. This also has the added advantage of reducing heat build-up in the camera, which can cause the battery to swell, and need replacing.

This is one of the cyanotypes made from the arrangement. 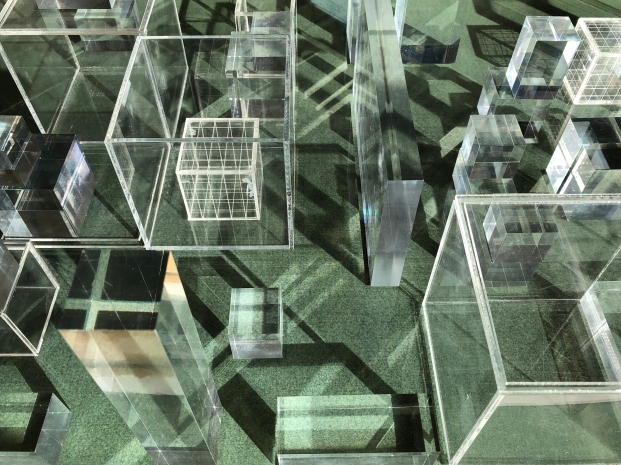